C.D. Buck, A Comparative Greek and Latin Grammar (Chicago: Unversity of Chicago Press, 1933), 361, notes that Greek has several hundred different names formed from ἵππος, while in Germanic there virtually none from 'horse', but very many from 'wolf'.

The LGPN data for Greek 'wolf'-names is crudely tabulated in the following screengrabs (Λύκος is duplicated, and some in the second table, such as Γλύκος, should be discounted): 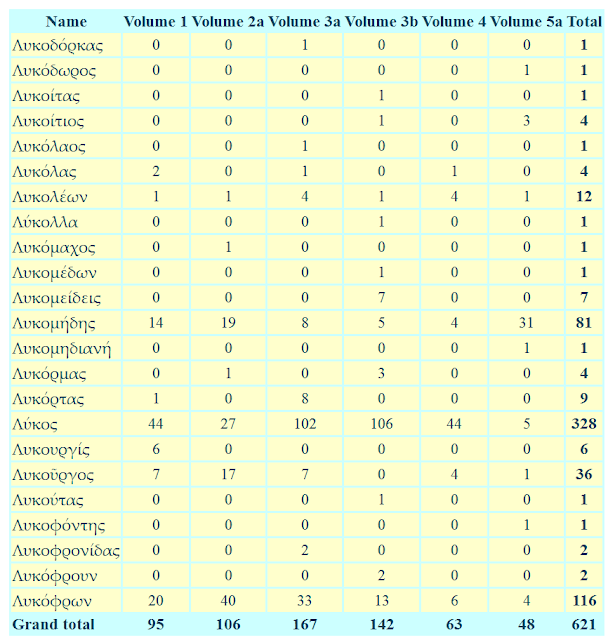 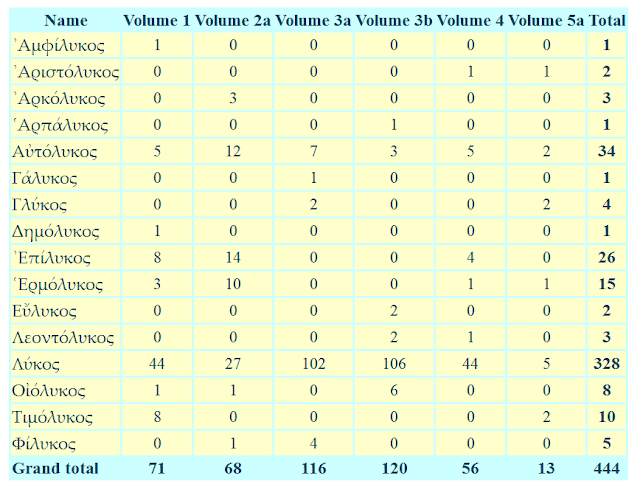