A picture speaks a thousand words

To my knowledge, there is only one image in Liddell-Scott-Jones, s.v. ἄρβηλος II. The illustration clarifies the nature of a geometric figure. 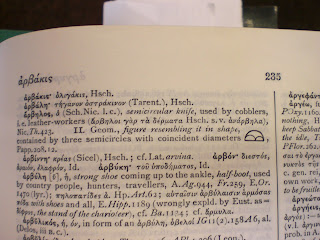 The problem is, as the 1968 Supplement noted, that this illustration is upside down. 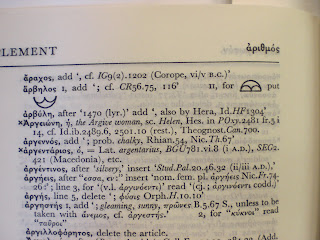 The notes from CR 56 pages 75[-76] (D'Arcy W. Thompson) and 116 (J. D. Beazley) reflect a gentler age in which a Classical scholar could consult both a bootmaker and a saddler on the same London street and in which shoemakers were named in notes about realia.

Finally, the Revised Supplement of 1996 is silent about the orientation of the diagram in II, leaving us to infer that Liddell-Scott-Jones had it right to begin with. 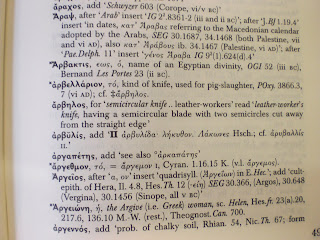